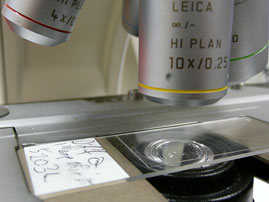 Allergenix has been involved in translational research projects for the testing of new compounds/delivery systems, and in contract research with Biotechnology/Pharma companies for more than 10 years – for further details contact us.

A Comparison of the Pharmacokinetics and Pulmonary Lymphatic Exposure of a Generation 4 PEGylated Dendrimer Following Intravenous and Aerosol Administration to Rats and Sheep (2016). Download – PHARM RES, 2016

Pulmonary Delivery of an Ultra-Fine Oxytocin Dry Powder Formulation: Potential for Treatment of Postpartum Haemorrhage in Developing Countries (2013). Download – PLoS ONE, 2013a (see also video link: dry-powder delivery – demonstration of pulmonary delivery of a dry-powder formulation into sheep airways; this was performed using a Penn-Century dry powder insufflator and fibre-optic endoscope positioned at the distal end of the trachea near the first bronchial bifurcation)

KCa3.1 Channel-Blockade Attenuates Airway Pathophysiology in a Sheep Model of Chronic Asthma (2013). Download – PLoS ONE, 2013b

Allergenix will conduct preclinical trials on a contract research basis and may license its technology to third parties interested in performing their own in-house research.